Studies: Risks of Technologies on Driving

Technology-related accidents happen not only here in Singapore but around the world. There are some drivers who admitted that they use one or more technologies when accidents occurred. This goes to show that using technologies while driving increases one’s risk of being in an accident because it undermines attention and focus. This is alarming knowing that it can lead to harm or worse, death. 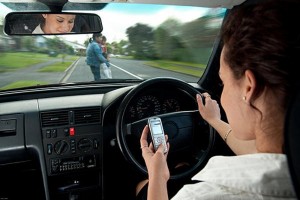 Technologies are considered an interruption in the context of driving. With technology, the negative consequences of not paying attention became more prominent. We have no problem watching television while jogging on a treadmill because it is an effortless task that demands little sustained thinking or attention. Driving on the other hand is different.

Scientists of the Centre for Cognitive Brain Imaging at the Carnegie Mellon University suggested that dual-tasking (of two high-level tasks like driving while texting) will compel the brain to pull limited resources thereby slowing one’s reaction time which play a large role in accidents. 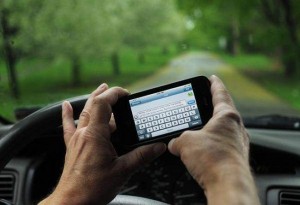 Scientists of the Cognitive Ergonomics Research Lab of the University of Calgary found out that there is a danger of driving whilst mixing digital music players. The study found out that collisions doubled while drivers perform simple tasks like scanning the iPod for a particular song.

There is even a study that revealed that car navigation system will cause distraction to drivers while seeking for help. The study was published in Volume 46, Number 4 of the Human Factors saying that when drivers enter information into the navigation system’s touch-screen, 21% of the drivers tend to drive outside the boundaries of the lane. It does not end there because 6% of the drivers using speech-recognition system have tendencies to leave their lanes.

With these studies, there is only one thing that we can gain from it – not to use technologies while driving. Whether it is smartphones, in-car TV, navigation system or iPod, it can still lead to accidents thereby damaging properties and losing life.

The government is doing its best to regulate technology-related accidents. Hopefully Singaporeans will realize the dangers of technologies and understand the importance of not getting distracted. When the need arise, it is easy to pull over than risking everything ahead of you. 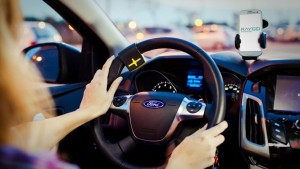