Scientifically Proven: Hiking is Good for Your Health

When somebody tells you to “take a hike”, they’re basically telling you to get lost. But when your doctor says that to you, pay attention: based on new researches on hiking and how it affects our brain and body, it turns out taking a hike when you’re all stressed and worried may just be the best thing you could do. 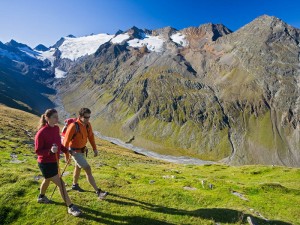 More and more progressive doctors are recommending nature therapy or ecotherapy as a means of eliminating or reducing stress, anxiety and depression. This came in light of mounting researches on the health benefits of exercise paired with spending time in nature. In the U.S., doctors are already implementing programs that encourage people to be healthy by spending time in and taking care of their parks.

Time Away From Technology Boosts Creativity

A study published by the Public Library of Science suggests that communing with nature improves certain parts of the brain that function less efficiently when overused. In the study, subjects were made to backpack for four days and instructed to not use any modern technology. When the subjects came back, they were made to perform tasks that require problem solving skills and creativity. The result was that those who took a hike performed 50% better than the control group.

If you’re constantly anxious or filled with negative thoughts, a long walk through the woods could do you a world of good. A study at Stanford University finds that many people are suffering from a variety of mental illnesses due to urbanization, which produces a constant stream of stressors. When subjects were made to hike around a wooded area for just 90 minutes, they quickly reported being less worried or stressed. 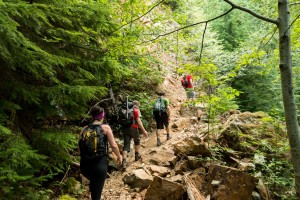 Hiking May Also be a Treatment for ADHD

Attention Deficit Hyperactivity Disorder is becoming an increasingly common behavioral problem among children in highly urbanized cities – and the lives of countless parents and teachers have become difficult because of it. In one study, researchers found that exposing children to green outdoor activities reduces symptoms ADHD, such as being very distractible, lack of self-control, and inability to focus.

An Excellent Exercise for Both Mind and Body

As a physical exercise, hiking is great: it burns 400–700 calories per hour, less taxing to the joints (compared to other cardio exercises), and with a little modification, could be a full body workout. But it’s equally beneficial as a mental exercise: people who frequently hike have shown improved episodic and spatial memory, as well as better cognitive abilities. (Bonus: hikers also say that hiking is a great spiritual activity.)

Making Hiking a Part of Your Lifestyle

One good thing about hiking is that you can take it by degrees, starting with just a few minutes hike and gradually increasing your time and distance as you get better at the activity. In Singapore, some of the hiking trails include the Bukit Timah–MacRitchie Reservoir, Lost Shinto Shrine trail, Bukit Panjang–Upper Seletar Reservoir, and the KTM railway trail. There are also lots of hiking clubs in the city. 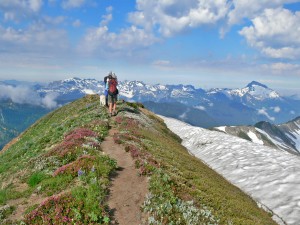